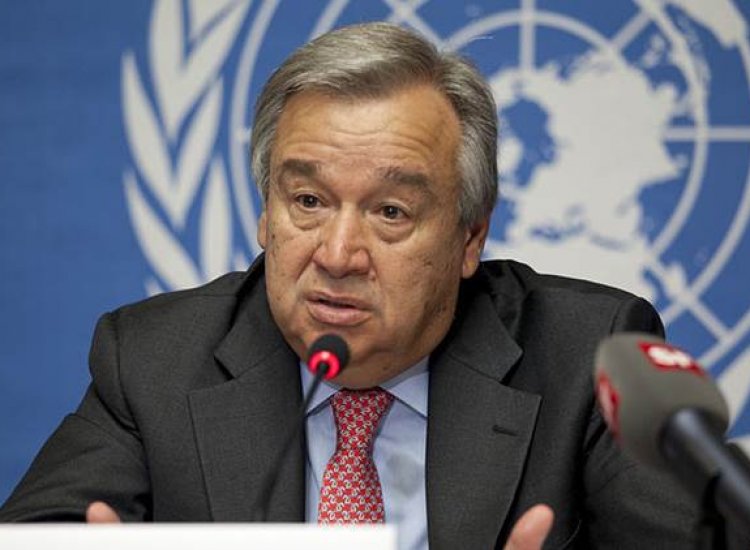 The dithering of some Asian states in condemning Russia outright at the UN points to a lack of confidence in the body
by Xiaochen Su
March 10, 2022

The progression of the Russo-Ukrainian War has prompted ever more direct comments from the United Nations.

On February 24, UN Secretary General Antonio Guterres spoke directly against the Russian invasion, noting that the violation of the territorial integrity of another member state goes against the UN’s fundamental principles. Guterres’ remarks found support at the March 2 session of the UN General Assembly, when a resolution calling for Russia to end its military offensive in Ukraine passed with majority support of the member states.

However, while the UN has seemingly taken the Ukrainian side in the war, the organization’s words have not been entirely assuring from an Asian perspective. A slew of major Asian powers, including China, India, Pakistan, Vietnam and Iran, decided to abstain from the General Assembly vote on Ukraine, suggesting a continued desire to maintain a cordial relationship with Russia despite outright Western hostilities.

Syria and North Korea voted against the resolution alongside Russia, reminding the world that despite its increasing international isolation, Russia retains significant political influence in Asian hotspots.

The split among Asian powers on how to react to Russian aggression has triggered worries that a similar kind of aggression in Asia would not lead to a unified response that Europe has displayed toward Ukraine.

In particular, parallels between Ukraine and Taiwan are being drawn based on the belief that international punishments Russia suffered for what it is doing toward Ukraine may not deter China from doing something similar toward Taiwan.

Japan, long preferring to stand on the sidelines of international military conflicts, has resolved to sanction Russia alongside the West in exchange for international support to deter future Chinese aggression, and former prime minister Shinzo Abe even argued for hosting US nuclear capabilities on Japanese soil.

The dithering of some Asian states in condemning Russia outright at the UN and others to seek more explicit international support can be interpreted as their lack of confidence in the UN. Their reactions to the Russo-Ukrainian War show that, in the face of a similar military conflict in Asia, Asian states believe that the UN will be on the sidelines, unable to rally a united bloc to concerted action against the aggressor.

And as Asian states split on how they respond to a potential military conflict in Asia, non-Asian states may also divide into opposing camps, further undermining the UN’s ability to provide concerted effort in ending the conflict.

The UN’s limited role in past conflicts in Asia shows that Asian lack of confidence toward the United Nations is justified. The organization was more likely to be hijacked by one side of a conflict to bring the conflict to its logical end, rather than halting bloodshed as soon as possible.

The UN’s role in advancing, rather than halting, military conflict is best exemplified by the Korean War. In the face of North Korea’s invasion of the South, the UN Security Council “recommended” the creation of a military force to counter the North Korean assault in June 1950. The resulting UNSC Resolution 83, rather than calling for peace, provided legitimacy for US-led allied forces to “liberate” North Korea completely from communist rule through total military means.

The one-sidedness of the UN in times of global conflict is not only reflected in military means. Rather than working to resolve the root causes of international conflicts, the UN has in the past become a platform for the furthering of zero-sum national interests.

One such instance is the UN’s decision to switch its China representation from the Republic of China (ROC) to the People’s Republic of China (PRC) in October 1971. As in the case of the Korean War, the decision was made not to ensure peace between the two sides, but was based on the need for the US to utilize the PRC in a united front against the Soviet Union.

The UN’s decision to kick out the ROC has only deepened Taiwan’s conflict with the PRC that continues to this day, with the PRC increasingly threatening the use of military force to end the de facto political separation of the two sides.

Sudden economic collapse in the aftermath of the Asian financial crisis and the decision by the Suharto government significantly to raise utility prices triggered violent protests across major urban areas, with ethnic Chinese, long the economically dominant group in urban Indonesia, specifically targeted and their homes and businesses looted and destroyed.

The UN did not intervene despite recognizing the occurrence of mass rapes and other human-rights violations.

The UN’s one-sidedness and passiveness concerning past conflicts in Asia have shown to Asian states that the organization is fundamentally incapable of being a neutral forum that compels both sides’ interests to meet in the middle. Instead, the UN has not been able to stop its members from seeking zero-sum, winner-takes-all results by continuing conflicts rather than negotiating for diplomatic compromises.

Given the UN’s inability to enforce peaceful resolution of any conflict, pragmatism stipulates that those not directly involved in the conflict seek to maintain the relationship with both sides of the conflict until the result becomes clearer.

Thus Asian states, both in the handling of the Russo-Ukrainian conflict and any similar conflicts in Asia, should not rely on the UN as a platform for resolution. Nations with similar interests in the conflict need to develop formal collective security structures, as the surging interest in joining the North Atlantic Treaty Organization among neutral European states shows today.

Economic bandwagoning such as the concerted sanctions against Russia can be an informal alternative that is implemented through moral peer pressure. Either will amount to more concrete, tangible results than discussions conducted through the UN.

The Man Who Sold Ukraine

Somalia among the most corrupt states in the world