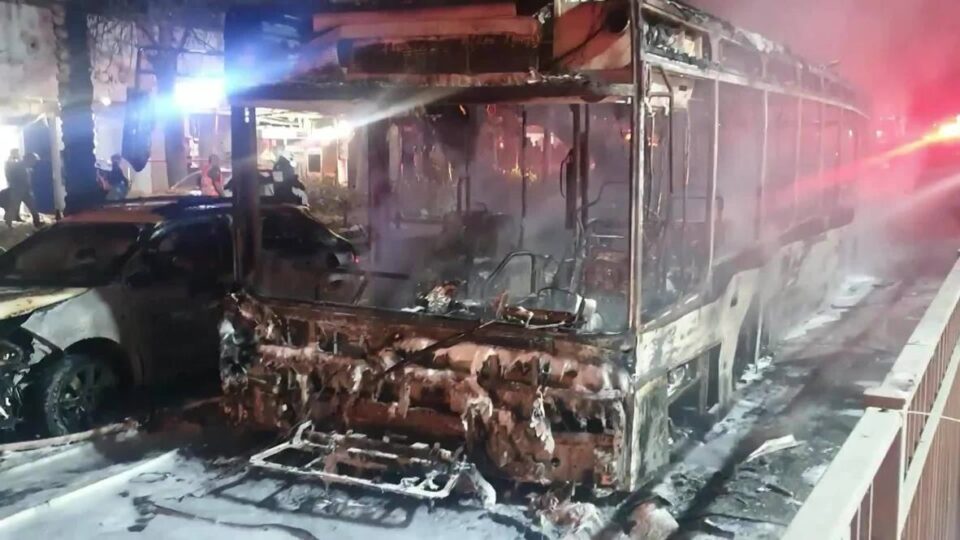 Vehicles on fire in Holon after Hamas rocket attacks

A rocket fired by Hamas reportedly hit a bus in Holon, south of Tel Aviv on Tuesday. Footage filmed in Holon shows multiple vehicles on fire and emergency services at the scene.

According to local ambulance personnel, a number of people were injured and one was seriously injured.

After Hamas announced that they had launched over 100 rockets at Tel Aviv and central Israel, non-stop sirens rang for several minutes through the city.

Violence has erupted in recent days amid protests in East Jerusalem over possible evictions of Palestinian families from Sheikh Jarrah neighbourhood. Clashes that began at the Al-Aqsa compound escalated into an exchange of rockets between Hamas and Israel on Monday.