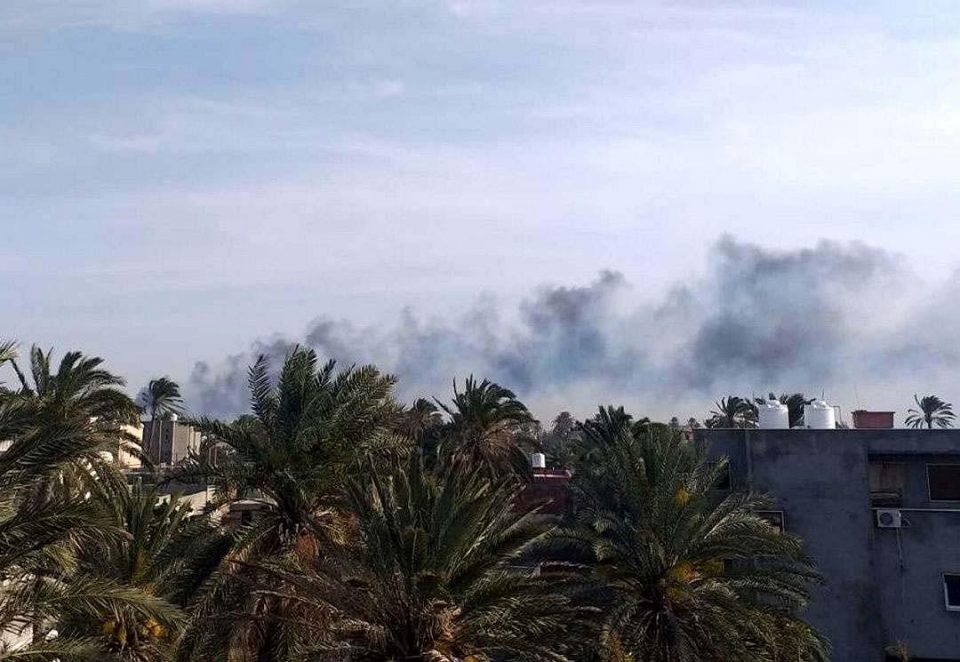 Several homes were hit around Mitiga airbase in the eastern suburbs
Forces of Libyan military strongman pound Tripoli with rockets after losing coastal cities of Sorman and Sabratha and several inland towns.
14/04/2020

TRIPOLI – The forces of Libyan military strongman Khalifa Haftar rained rockets on the capital Tripoli early Tuesday after being ousted by government loyalists from a string of towns to its west.

Salvo after salvo of rockets caused loud explosions throughout the night.

Several homes were hit around Mitiga airbase in the eastern suburbs, the capital’s sole if intermittently functioning airport.

There was no immediate word on any casualties.

The UN-recognised Government of National Unity, which has been battling an offensive against the capital for just over a year, accused Haftar’s forces of taking revenge against Tripoli’s civilian population following their losses on Monday.

On Monday, the unity government recaptured the coastal cities of Sorman and Sabratha and several inland towns.

Sorman and Sabratha lie respectively 60 and 70 kilometres (40 and 45 miles) west of Tripoli, around half-way to the Tunisian border, and their loss is a major blow to Haftar’s forces.

Libya has suffered almost a decade of conflict since longtime dictator Moamer Kadhafi was toppled and killed in a 2011 uprising backed by several Western powers.

The UN says hundreds of people have been killed and more than 200,000 displaced since Haftar launched his battle for Tripoli which quickly ground to a bloody stalemate.