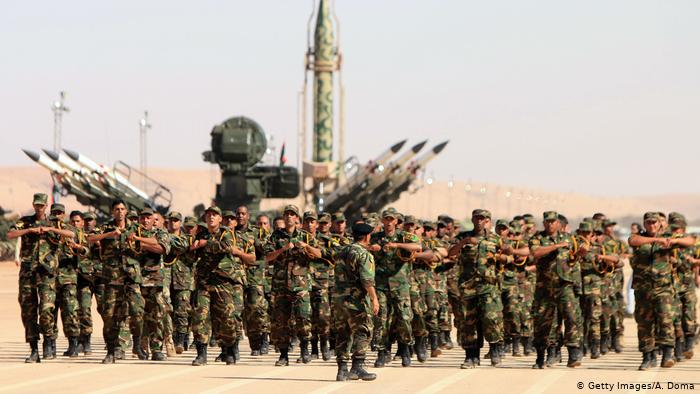 BEIRUT, LEBANON (9:00 A.M.) – The Military Information Division of the Libyan National Army announced on Wednesday that their forces are steadily progressing towards the plateau region in central Tripoli, indicating their control over several new sites.

The Military Information Division said on its official Twitter that “the Libyan Arab Armed Forces’ units are progressing steadily towards the plateau and control several new sites after the withdrawal of armed groups affiliated with the Al-Wefaq government.”

They continued: “The Libyan National Army’s forces require the people of the Hadaba region to take the highest levels of precaution and stay away from the locations, gatherings and headquarters of armed militia groups, as they will all be targeted by air force fighters after monitoring and reconnaissance.”

The Military Information Division emphasized that, “these sites are points of concentration for our armed forces. This progress comes with aerial support and coverage by air force fighters, which perform their duties and implement all plans to the fullest.”

The Libyan National Army has been on the offensive in the Tripoli District for nearly a week now, as they look to take control of the capital for the first time ever