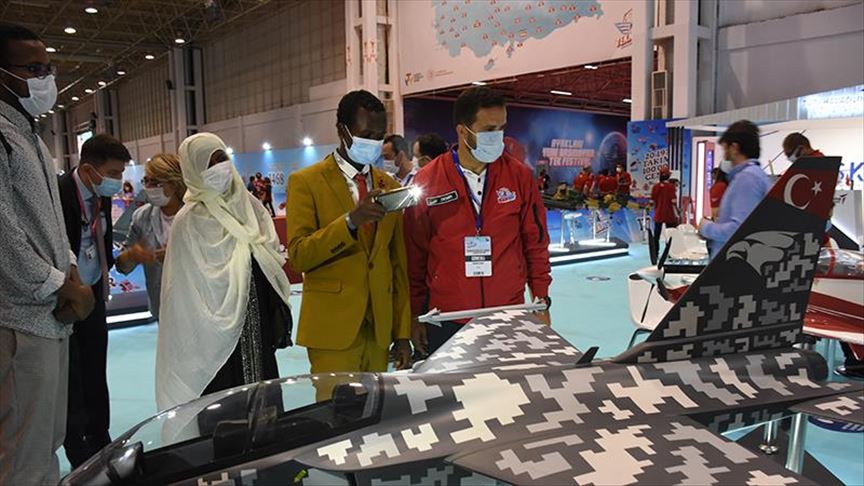 A talented 17-year-old Somali boy is being hosted by the Turkish Foreign Ministry to attend Teknofest, the country’s largest aerospace and technology event.

Guled Abdi makes unmanned aerial vehicle models, or drones, as an amateur and with limited resources.

Turkish Foreign Minister Mevlut Cavusoglu saw Abdi on the internet and invited him to Gaziantep to join the event. He will now be supported to further his education in Turkey.

Abdi said he had never attended a program of this scale before. “I want to establish an aviation company to produce planes or aircraft in the future,” he said.

Selcuk Bayraktar, whose Turkish Technology Team Foundation (T3) is one of the festival organizers, said Abdi’s models are impressive.

“We invited him to Teknofest, and hope to see him at Baykar,” a Turkish unmanned aerial vehicle producer, he said.

He will also visit other local defense and aviation firms such as Tusas and Havelsan during the event.

The four-day festival began on Thursday in the southeastern province and ended today.