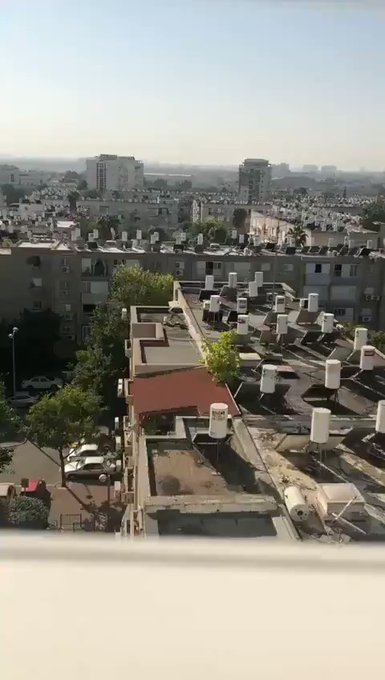 Army says it is hitting Islamic Jihad rocket production sites, more than 250 rockets fired at Israeli population cernters since Tuesday morning; Netanyahu says Israel ‘will continue to strike without mercy’ at those who attack it

The current round of fighting erupted after Israel killed an Islamic Jihad commander in a predawn airstrike on his Gaza City home. The group vowed revenge and the rocket fire swiftly followed.

The aftermath of an IDF strike in southern Gaza (Photo: Reuters)

Islamic Jihad said that the 12 casualties on Wednesday included 38-year-old Khaled Faraj, a Gaza brigade commander, who was killed in the early hours along with another member of the group’s Quds radio network.

Four others were killed in an airstrike, including a father and two sons, and two others were targeted later. Their identities were unclear.

The IDF positioned artillery batteries around the Gaza border Wednesday in anticipation of an escalation of hostilities. An IDF infantry battalion was also dispatched to the area overnight along with an infantry battalion from the Golani Brigade.

The army said Wednesday that the Air Force had targeted Islamic Jihad’s production of long-range rockets and warheads in Gaza, including its stores of raw materials.

“The terrorist organization is reliant on its rocket production system to renews its rocket inventory (and) consists of a number of sites throughout the Strip,” the IDF said.

“Islamic Jihad invests in infrastructure and resources for the production system, which is considered to be a crucial tool for reinforcing its capabilities.”

The military said more than 250 rockets have been fired at Israeli population centers since the violence began.

The rocket fire brought life in much of Israel to a standstill and schools remained closed in Israeli communities near the Gaza border Wednesday and restrictions on public gatherings continued as the rockets rained down.

Prime Minister Benjamin Netanyahu told a special cabinet meeting Wednesday that Israel has no interest in sparking a wider confrontation but warned Islamic Jihad that Israel would keep pounding its members until the rockets stop.

“They know we will continue to strike them without mercy,” Netanyahu said. “They have one choice: either stop these attacks or absorb more and more blows.”

No Israeli deaths have been caused by the rockets attacks, mostly thanks to the Iron Dome missile defense system, which Israel says has intercepted some 90% of the projectiles. A few homes suffered direct strikes, though, and there was a near miss on a major highway, where a rocket crashed down just after a vehicle had passed.

Seeking to keep the outburst under control, the Israeli military has restricted its operations to Islamic Jihad, and nearly all the Gaza casualties so far have been members of the militant group.

The aftermath of an IDF strike in Gaza (Photo: AFP)

Gaza’s Hamas rulers have yet to enter the fray — a possible sign the current round of violence could be brief. Although larger and more powerful than Islamic Jihad, Hamas is also more pragmatic.

With Gaza’s economy in tatters, it appears to have little desire for more fighting with Israel