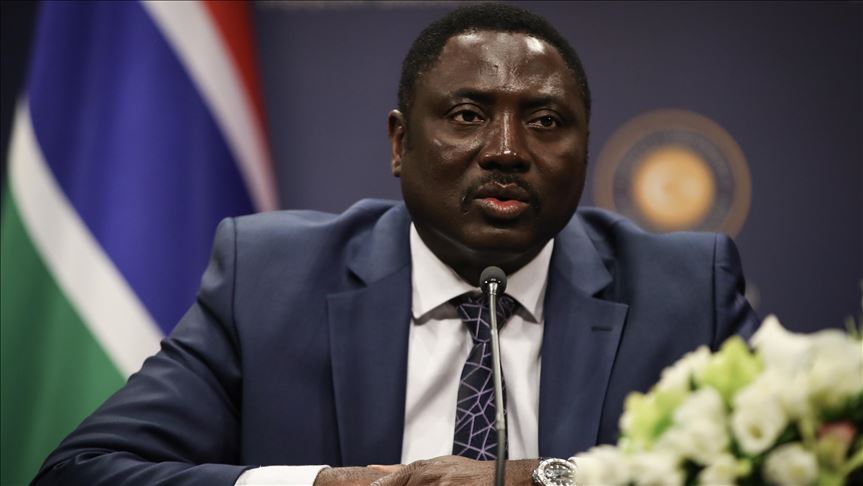 Some Gambian parliamentarians have been pushing and lobbying for the self-declared “Somaliland state” to be recognized as a sovereign state, Parliamentary questions fired to The Gambian Foreign Minister Momodou Tangara, by different MPS, on Wednesday, have revealed, Freedom Newspaper can report. Some of the MPS mainly from the United Democratic Party (UDP), had asked the Foreign Minister, if The Gambian government could spearhead the campaign for Somaliland to be recognized as an independent state, outside the recognized Federal Government of Somalia. But Foreign Minister Tangara warned that it would be irresponsible for The Gambian government to engage in such illegitimate diplomacy. He insists that the globally recognized country in Somalia, is the Federal Republic of Somalia. He added that both the African Union and the United Nations have recognized the Federal Government of Somalia.

According to Tangara, it is dangerous for the MPS to advocate for such a diplomatic move. He has called on the MPS to avoid selling such an agenda.

Somaliland is located in Somalia. It is a self-proclaimed independent state, which hasn’t been recognized by the international community. The territorial dispute has been been in existence for decades.

He pointed out that the only recognize government that The Gambian government has recognized in Somalia, is the Federal Government of Somalia. He has implored on the MPS to be careful about the people that they are talking to and the agendas that they would bring in Parliament.

Sedia Jatta, Member for Wuli West, had asked Tangara if Somaliland had been recognized by the African Union, and the Minister replied in the negative. Similar questions were asked by Suwaibou Touray, the member for Wuli East, but the Minister was unequivocal in his straightforward answers. He maintained that the Federal government of Somalia was the only recognized country in that state.

According to the online search engine Wikipedia, “The Federal Government of Somalia (FGS) (Somali: Dowladda Federaalka Soomaaliya, Arabic: حكومة الصومال الاتحادية‎) is the internationally recognised government of Somalia, and the first attempt to create a central government in Somalia since the collapse of the Somali Democratic Republic. It replaced the Transitional Federal Government (TFG) of Somalia on 20 August 2012 with the adoption of the Constitution of Somalia.[1] It officially comprises the executive branch of government, with the parliament serving as the legislative branch. It is headed by the President of Somalia, to whom the Council of Ministers reports through the Prime Minister.[2]”

One of the MPS notes that since the previous Jammeh government had lobbied for Taiwan to be recognized as an independent state at the United Nations, he sees no reason, why the current Barrow government should employ a similar diplomatic move for Somaliland.

But Minister Tangara said the Taiwan issue was bad for The Gambia. He warned that history wouldn’t judge them fairly, if The Gambia should repeat the Taiwan’s situation. He said The Gambian should work side by side with the international community and cannot operate in isolation.

Foreign Minister Tangara went as far as advising The Gambian MPS to visit the BBC website to study about the Somali state dispute issue before meddling into such a sensitive issue. “Some of you, who are French literate can visit the BBC French site, and you will learn first-hand about the Somali issue. There is also a BBC English page available,” he said.

Tangara said the AU has tasked certain parties that have been assigned to handle the Somali issue. He says The Gambia cannot afford to meddle into the Somaliland issue.