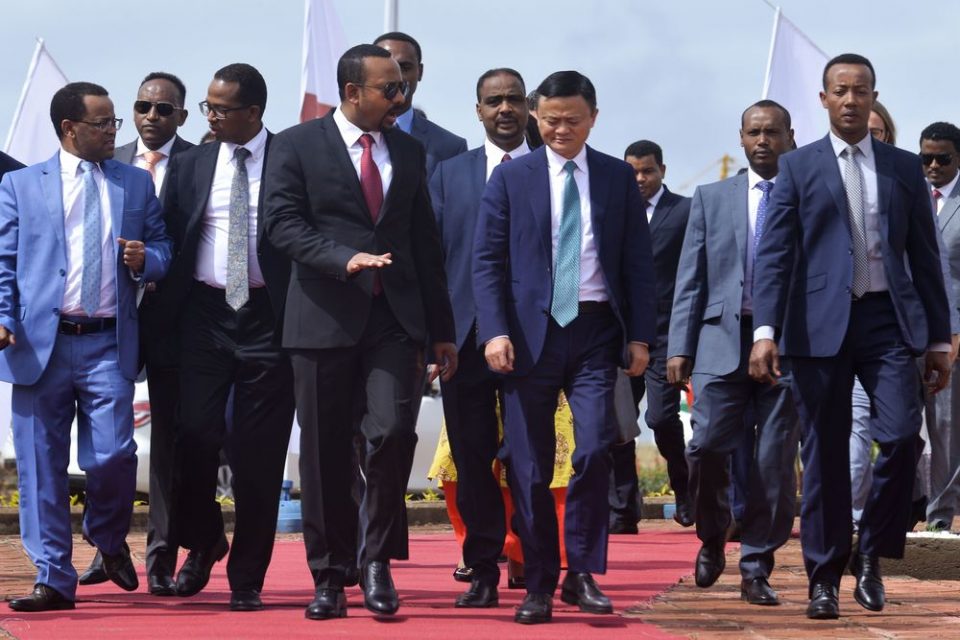 The Twitter CEO is in the country meeting with the tech community while Ma, the Chinese billionaire, is visiting to sign an agreement establishing a new trade platform that would facilitate cross-border transactions and provide smart logistics for small and micro enterprises.

“I am honored to be able to join forces to help the young entrepreneurs here,” Ma told reporters in Addis Ababa during the launch of the Electronic World Trade Platform.

“My talks with Jack Ma have been quite fruitful with agreements to build cloud computing, widening e-commerce and training entrepreneurs,” Ethiopian Prime Minister Abiy Ahmed said in a tweet following their meeting.

The government of Ethiopia, with a population of 108 million people, has committed to open the economy up for more foreign investment and aims to create 3 million jobs in the year through July 2020. The Horn of African nation plans to launch its first satellite into space on Dec. 17 from China, the country announced earlier this week. It will be used for agricultural and environmental protection, according to the Ministry of Innovation and Technology.

“Ethiopia is serious about building a digital economy,” State Minister of Finance Eyob Tekalign Tolina said on Twitter following the meeting with the Alibaba Group delegation.