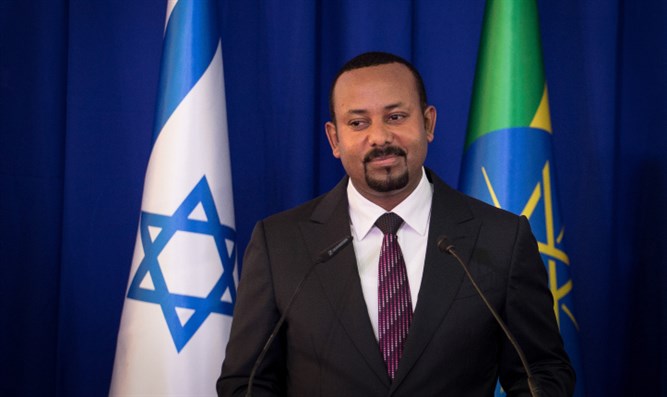 Amid reports that recent wave of Ethiopian immigrants to Israel were not Jewish, Ethiopian PM claims some were officers involved in massacre

Ethiopia’s prime minister accused Israel of allowing a number of officers involved in a massacre in their home country to find refuge in Israel, slamming Israel’s handling of a recent wave of immigrants from Ethiopia.

According to a report by Israel’s Channel 13 Monday afternoon, Ethiopian Prime Minister Abiy Ahmed slammed his Israeli counterpart, Naftali Bennett, claiming that at least three to four of the recent Ethiopian immigrants brought to Israel were actually officers involved in a massacre.

The two spoke prior to reports that all of the immigrants in a recent operation to bring 77 Ethiopians to Israel were in fact non-Jews.

The phone call is said to have taken place well before Sunday’s reports regarding the operation.

The operation, which took place during towards the end of the Netanyahu government’s term, cost some 14 million shekels ($4.51 million), bringing 77 people to Israel from a war-torn area in northern Ethiopia.

But according to reports, none of the 77 immigrants are Jewish, and according to the Interior Ministry, “53 of them have no connection to Judaism whatsoever.”