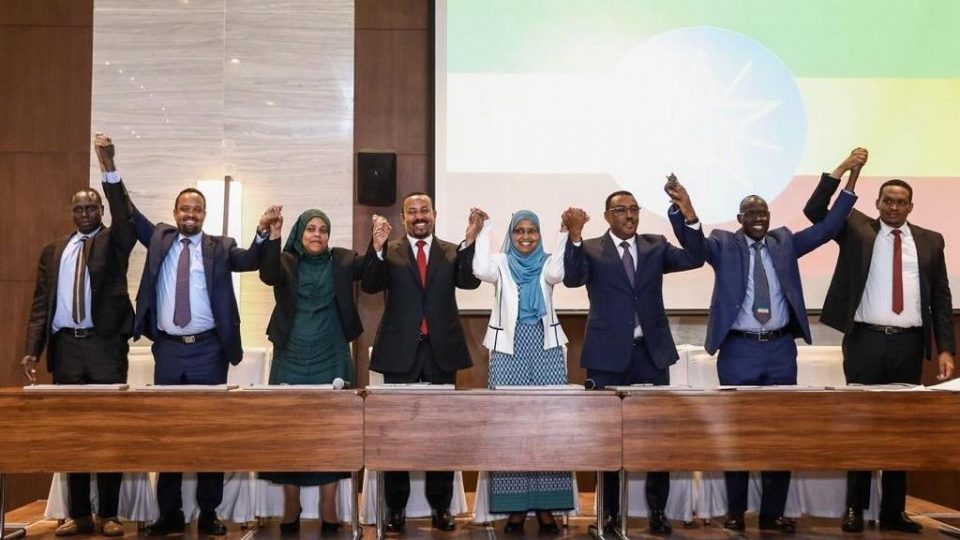 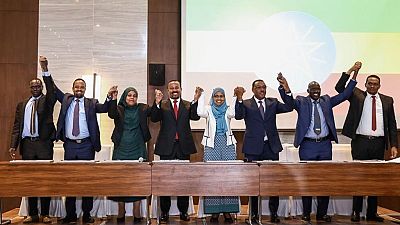 Ethiopian Prime Minister Abiy Ahmed is pressing on with plans of the new Prosperity Party despite an open opposition by a close ally and Minister of Defence Lemma Megerssa.

Abiy on Sunday (December 1) met with other leaders of seven of the nine regions of the country to sign a document that officially marked the unification of the EPRDF into the new party.

Megerssa, a former president of Oromia regional state – Abiy’s home region – told the VOA Afaan Oromo service last week that he opposed the new party and that the ruling party in Oromia – the Oromo Democratic Party, ODP, had issues to resolve before entering such an arrangement.

The Prosperity Party, PP, is a national party that was formed following the dissolution of the current four-member ruling coalition, the Ethiopian Peoples Revolutionary Democratic Front, EPRDF.

The ninth regional state, Tigray, were not present because they had opposed the merger and subsequent dissolution of the EPRDF calling it an illegality.

Abiy signed on behalf of the ODP which he leads, his deputy Demeke Mekonnen signed for the Amhara Democratic Party whiles the Southern Ethiopia Peoples Democratic Movement was represented by Peace Minister, Muferiat Kamil.

The five other allied members of the EPRDF had their leaders signing at the event. They are now full members of the PP as Ethiopia heads into elections next year. The government insists the vote will go ahead despite security concerns.