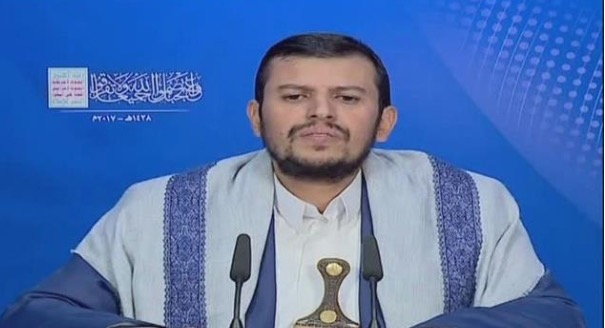 While battlefield in Yemen’s Ma’rib recently was stable; the flames of war seem to be igniting in the Saudi depth.

But what is the reason behind the Yemeni forces taking the war to the Saudi soil? Can these attacks be labeled a change in Ansarullah Movement’s war tactics?

The several-year aggression waged by Saudi Arabia and its Arab and Western partners against Yemen has been very heavy and costly for the Yemeni people. Yemen’s infrastructure in this war has been destroyed by Saudi bombing campaign, and the famine, adding to sanctions and siege effects, has pushed the nation to one of the worst humanitarian conditions of the century.

In these circumstances, ending the war and siege as soon as possible, along with trying to preserve the country’s territorial integrity and independence, is one of the most important demands of Sana’a in its political and military agenda. In the past two years, the Yemeni army has launched a series of offensives on Saudi Arabia’s sensitive military, economic, and political centers, known as “deterrence operations”, to force the Saudis to end their devastating airstrikes on the cities of already-impoverished country and also lift the blockade.

Sanaa’s missile and drone operations deep in Saudi Arabia have put a lot of pressure on Saudi rulers, in terms of causing serious damage to the oil facilities, disclosing the fragile Saudi security, and also the inability of the Saudi army to defend itself in the war against the Yemenis. Yemenis retaliatory attacks have forced Saudi rulers to search for ways out of the crisis. Dragging the war to the Saudi territories and capturing parts of them can intensify the home pressures on Riyadh to end the war, in addition to embroiling further Saudi military potentials in the war.

During the six years of war, the Yemeni army and popular committees have repeatedly targeted the Saudi regime’s positions in the province of Najran with rockets and mortars in response to Riyadh’s crimes. In addition, they are constantly attacking its border bases in the same province, and have been able to reach even the heights overlooking the province. Asir province is located in southern Saudi Arabia, bordering the Yemen’s Baghim district in northern Sa’ada province. Parts of southwestern and southeastern Asir fell to the Yemeni forces in the past five years.

But the recent advances in Jizan are different for some reasons:

First, at present, the military equations run against Saudi Arabia and in favor of Yemen. Actually, the Yemenis have brought the war to a point of no-return for the Arab monarchy. Riyadh has to choose between accepting the defeat and lifting the siege or having its sensitive and strategic military and economic sites coming under missile and drone raids. Therefore, in a state of Saudi weakness, the Yemeni forces make their progress in the three provinces of Asir, Jizan, and Najran with a greater power.

Second, the efforts to recapture the occupied provinces from their generations-old enemy can strongly boost even more the Ansarullah’s credit among the Yemeni people. Yemen has sovereignty claims over the three oil-rich provinces of Asir, Jizan, and Najran,  now held by Saudi Arabia. Asir is located north of Yemen and stretches to the Red Sea coasts, a position making it strategically important. Its center is Abha and other cities include Tihamah and Sabiya. Jizan is located in southeastern Saudi Arabia, northwestern Yemen, and near the Red Sea coasts. Recently, Saudi Arabia drilled several oil wells in the province. Najran is located in southern Saudi Arabia and northern Yemen.

Capitalizing on the Yemen government weakness, the Saudi rulers in 1934 split the three provinces from Yemen and annexed them to their territory according to Taif agreement. The accord should be extended every 20 years. The last time extension was in 1974 by Yemeni coup leader Ibrahim al-Hamdi. Saudi Arabia has no international legitimacy to continue its control over the three Yemeni provinces. Sana’a can advance its goal to take back during war conditions the provinces taking advantage of the discontentment of the Shiites of these provinces who are suffering from systematic discrimination, injustice, suppression, and demographic change policies. In other words, while the Saudis are insisting on a fruitless war in Yemen, the Yemenis can retake their occupied provinces with more favorable conditions than those of negotiations at a time of peace.

Introduction to “The Real Anthony Fauci”