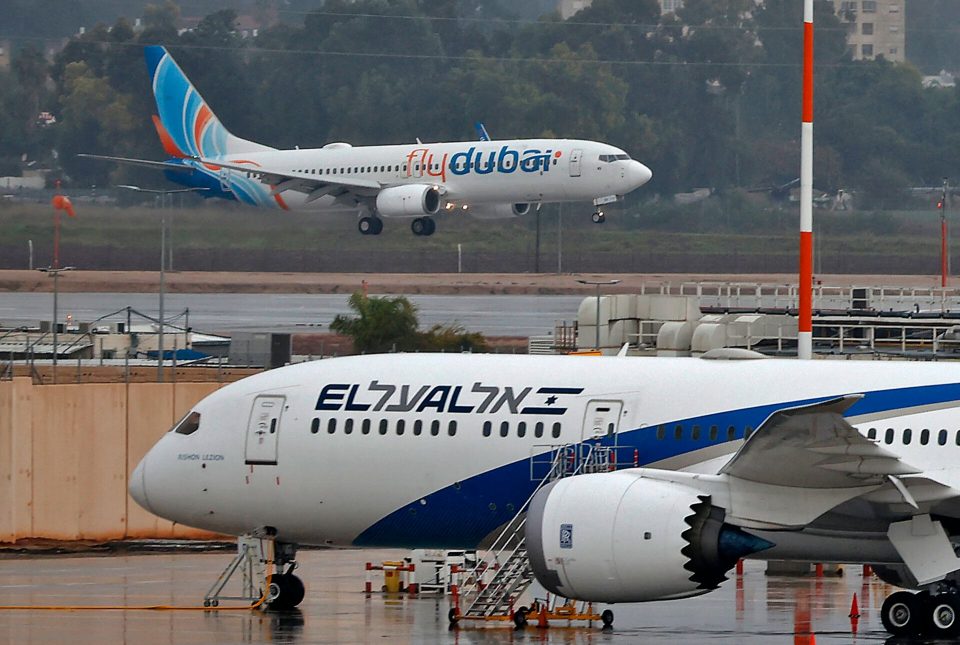 On March 8, flights by Israeli airlines to Dubai will cease due to disagreements regarding security procedures at Dubai’s airports.

Until the disagreements are resolved, Israeli airlines will fly to Abu Dhabi instead of Dubai.

The Israeli airline Arkia said Friday, “In light of the crisis on the issue of security if there is no solution to the issue of continuing to operate Israeli flights to Dubai, Arkia will divert its flights from Dubai to the Ras Al Khaimah International Airport or to the airport in Abu Dhabi. Arkia will provide, for a fee, buses to Al Khaimah (45 minutes travel) or from Abu Dhabi to central Dubai.”

In light of the disagreements regarding security at the Dubai airport, the airlines were required to reduce the number of flights to the destination from nine per week each, to just three.

“Despite fulfilling all of the Dubai government’s requirements, the Department for Aviation Security and the Israel Security Agency (Shabak) announced that beginning on March 8, there will no longer be approval to operate flights from the destination. Until then, a temporary solution will be provided: an allotment of three flights only for all of the Israeli airlines together,” the CEOs wrote in their letter sent on February 10.