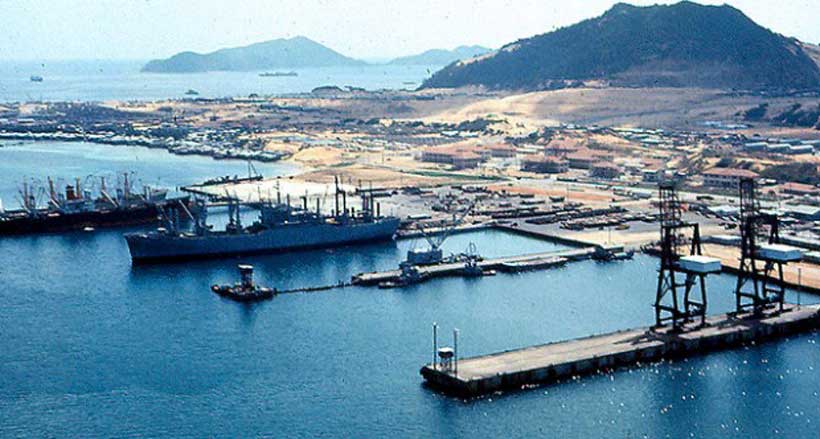 This year in April, a Vietnamese fishing vessel in the South China Sea was sunk by a Chinese ship. Viet Nam garnered a lot of support from the United States where the United States State Department “criticised China for ramming and sinking the Vietnamese fishing boat and was seriously concerned about this incident”. Viet Nam protested against this incident and previously also, Hanoi has been consistently vocal about Beijing’s increasingly ambitious muscle flexing in territorial issues. The Philippines too, last year faced a similar incident and the Department of Foreign Affairs in Manila expressed their solidarity with Viet Nam for the same. In May, a stand-off between a Chinese survey ship and Malaysian oil exploration ship in Malaysia’s exclusive economic zone (EEZ) took place.

In July, Chinese coast guard ships had twice intruded into the Japanese territorial waters and these Chinese ships were once approaching the Japanese fishing boats which was blocked by Japanese coast guard. These Chinese vessels came within the 2.5 miles off the Japanese-controlled Senkaku Islands and Diaoyu Islands named by the Chinese. It was a cause of concern as it was well past the internationally recognised 12 mile limit defining a country’s territorial waters limit. Yoshihide Suga, the Japanese chief cabinet Secretary quoted that “Tokyo has lodged repeated diplomatic protests with Beijing over the presence of the Chinese ships”. Recently, India-China were at a standoff at LAC and it is being said that China has been increasing its presence in the Indian Ocean too as satellite pictures in May suggested that China had modernised its military base in Djibouti and in 2017, a logistic support unit was upgraded to a full-fledged naval base consisting of the Liaoning aircraft carrier was set. China has also expanded an artificial island in the Maldives and this has led to China encroaching upon India’s realm of influence. China has also deployed submarines and intelligence ships in the Indian Ocean. This could be China’s game of power projection in the Indian Ocean region and yet again, one can say it is the revival of the strategic encirclement earlier done through ‘the string of pearls strategy’ against India. Therefore, Chinese maritime aggression is a rather major cause of concern.

Question is what can be done to tackle China? One way to tackle China would be to full equip ports and islands in a way to make them strategic outposts which would help monitor the naval activities combining it with an integrated surveillance network which would give all the countries tactical leverage in the various regional seas. Viet Nam’s Cam Ranh Bay is on of most equipped ports of all time and it is geostrategically the closest to the South China Sea and has always been the hub of refuelling, repairing vessels and aircraft carriers. The Cam Ranh Bay is also a vital port in the sea lines of communication and is critical in the maritime passageways and so, it can be used to monitor the Chinese moments. If the U.S. gets the Cam Ranh Bay, then it can upgrade and modernise the Cam Ranh Bay making it the starting point of the maritime chain hub to tackle China.

India’s Andaman and Nicobar Islands can be the centre point of this maritime chain hub to tackle China. In 2019, India set up an Indian Naval Air Station-INS Kohassa and has been developing the island to its full strength. Also, Japan has also been actively participating as Japan’s NEC Corporation has been installing an undersea cable from Chennai to the Andaman and Nicobar Islands. Therefore, some believe that as the Indian Navy is developing these islands, it becomes a vital strategic outpost for India to monitor rival naval activities and has invested to develop an integrated surveillance network and so, the Andaman and Nicobar can be the centre point of connect, monitoring and surveillance for Cam Ranh Bay and Djibouti.

Djibouti is a third and last point of the maritime chain hub to tackle China. China has a support base in Djibouti which is also a military base operated by the Chinese People’s Liberation Army Navy(PLAN) and is strategically placed by the Bab-el Mandeb Strait and the Chinese base is located by the Chinese-operated Port of Doraleh to the west part of the Djibouti city. The interesting part is that the south part of the Djibouti city are the military bases which are Camp Lemonnier run by the United States Navy, Base Aerienne run by the French Air Force and the Japan Self-Defence Force Base Djibouti and all these three countries bases can be the third and most crucial point of the maritime chain hub to tackle China.

Thereby, in order to tackle the Chinese aggressiveness in all parts of the regional seas, foreign countries would have to go beyond the normal and they must work in unison to tackle the Chinese aggressiveness. Also, China seems to be determined to become a superpower and the future of the global order lies in who controls the world water ways and so, China is watching and expanding in the regional seas. It would be rather sensible for all the other countries like the U.S, France, Japan, India and Viet Nam to cooperate and coordinate and try to develop and work towards this concept of a strategic Maritime chain hub to tackle China and this could also be discussed as part of the Quad meetings and also invite more countries to join in.