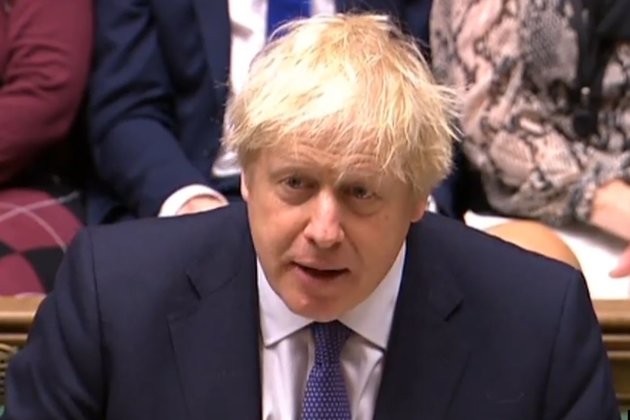 During a visit to Estonia on December 21, British Prime Minister Boris Johnson said that he believes NATO has been the most successful military alliance of the past 500 years and that it has a “great future.”​

​The prime minister, whose Conservative Party won a resounding victory in parliamentary elections this month, also said he hoped to improve relations with Russia but that the two nations had “terrible problems” separating them.​

​Johnson made the comments in an interview with Estonia’s ERR News during a trip to meet with the 850 British soldiers serving in the Baltic country.​

​Britain, the United States, and their allies have been rotating troops through fellow NATO members Estonia, Lithuania, Latvia, and Poland since Russia annexed Ukraine’s Crimean Peninsula in March 2014.​

​Russia has kept close watch on the military and security affairs of Estonia and Baltic neighbors Latvia and Lithuania since they became NATO members in 2004, just 13 years after breaking free from the collapsing U.S.S.R.

Moscow has accused NATO of destabilizing Europe by moving troops closer to its borders.​

​Both Lithuania and Poland have a border with the Russian exclave of Kaliningrad. The three Baltic states border Russia’s northwestern Pskov region.​

​Johnson said, “I am like many people in Western Europe who always hope that we can have better relations with Russia. Always we hope.’​

​”We want to have better commercial relations, we want to have more trade, but it is always so disappointing because we have terrible problems,’ he added.​

​Johnson cited the incident in the English city of Salisbury in which former Russian double agent Sergei Skripal and his daughter, Yulia, were found unconscious on a park bench on March 4, 2018.​

​It was later discovered they had been exposed to Novichok, a Soviet-made military nerve agent, and Britain and the West blamed Moscow for the attack. Russia denied involvement.​

​The Skripals both recovered, but two other British citizens were exposed to the nerve agent in June 2018, apparently by accident; one of them, Dawn Sturgess, died.​