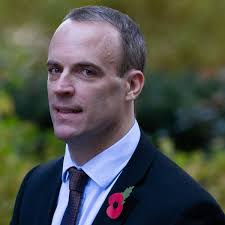 On 6 July, in a statement to the House of Commons, the Conservative Foreign Secretary Dominic Raab unveiled an important plank in Britain’s post-Brexit foreign policy. For the first time in decades the country would unilaterally invoke sanctions against individuals and organisations deemed to have grossly violated human rights through such acts as assassinations, extra-judicial killings, torture and degrading treatment, slavery and forced labour. Action against perpetrators would mainly take the form of seizure of assets and travel bans.

It was striking that of the almost 50 names cited by the minister, 20 were from Saudi Arabia, including Saud Al-Qahtani, formerly a close advisor to the Saudi Crown Prince, Mohammed Bin Salman (MBS). It is no coincidence that Al-Qahtani, along with Ahmed Al-Asiri, Deputy Head of the Kingdom’s Intelligence Service, and other Saudis on the list had  just a few days previously been indicted in absentia in a court in Istanbul, charged with the unlawful killing of the dissident journalist Jamal Khashoggi in the Saudi consulate in that city in October 2018.

The details of that crime, in which Khashoggi was allegedly strangled and then dismembered in the building before his remains were spirited away to an unknown location, shocked the world. Five unnamed men were tried and sentenced to death for the killing at a trial in Saudi Arabia last December which observers were not allowed to attend. But both the Turkish and British authorities believe that verdict was an attempt to brush the affair under the carpet. Undeterred, the charges in Turkey and by Britain are now levelled at 15 members of a hit team allegedly sent to Turkey to carry out the operation as well as the men who are believed to have orchestrated it.

When announcing the asset seizures and travel bans targeting the 20 men (along with others from Russia, North Korea and Myanmar), Raab declared unambiguously that, “today this government and this house sends a very clear message on behalf of the British people that those with blood on their hands, the thugs of despots, the henchman of dictators, will not be free to waltz into this country.”

The news must have caused shock waves in MBS’s inner circle in Riyadh, as they have long seen Britain as Saudi Arabia’s strongest European ally. MBS himself enjoys very cordial relations with Britain’s royal family. The prince strongly denies having ordered the Khashoggi murder but in a BBC interview last September he said that he accepted responsibility for the killing as a Saudi leader – inevitably conjuring up memories of the sign US President Harry S. Truman kept in the Oval Office in the White House: The Buck Stops Here.

Opposition Labour MPs in the British parliament welcomed Raab’s announcement. It was, after all, a Labour Foreign Secretary, the late Robin Cook, who promoted the idea that Britain should conduct an “ethical foreign policy” way back in 1997, though few subsequent UK governments have truly lived up that high ideal. However, warm words for the Conservatives from the opposition benches were short lived, as less than 24 hours after Raab’s Commons statement the government indicated that it intends to renew arms sales to Saudi Arabia. These were suspended on humanitarian grounds following a court case by the NGO Campaign against the Arms Trade (CAAT). CAAT argued successfully that British weapons could be used illegally against civilians in the civil war in Yemen in which for the past five years the Saudis have been leading a coalition of intervention forces in defence of the ousted central government.

However, according to the UK government, a subsequent review of the situation in Yemen found only “isolated incidents” of possible violations but no pattern of non-compliance with humanitarian norms and no clear risk of future serious breaches. CAAT reacted angrily to this sudden volte face over the arms embargo, accusing the government of “rank hypocrisy” in taking this step just one day after the Khashoggi killing sanctions were announced. The Labour Party then chimed in saying that these “mixed messages” undermined the UK’s claim to be a human rights defender.

The United Nations has verified the deaths of around 7,700 civilian deaths in Yemen since 2015, though anti-war campaigners argue that the real figure is considerably higher. What is indisputable is that there have been a far higher number of civilian injuries and millions of Yemenis, especially children, have fallen victim to hunger and various diseases, including cholera. An estimated £5 billion ($6.3 billion) worth of British arms has been licensed to Saudi Arabia over the past five years, though by no means all of those have been destined for use in Yemen.

Human rights organisations and aid agencies have been vocal in condemning the war in Yemen and periodically there are demonstrations in London and other cities calling for an end to British involvement. However, the British government argues that Saudi Arabia is a long-standing ally and that if British arms manufacturers did not sell their weapons their competitors from France and elsewhere would.

Moreover, given the way so many of the political and military conflicts in the Middle East are these days seen through the optic of Saudi-Iranian rivalry – with the Iranians giving political and limited military backing to the Houthis in Yemen – London tends to line up alongside Washington in backing Saudi Arabia. Of course, that backing is not absolute. Unlike the Trump administration, Britain’s Conservative government really would like to see the 2015 Iran nuclear deal functioning again. But if push came to shove, Riyadh would be seen as a more reliable ally than Tehran.

The events of the past few days nonetheless highlight the ambiguity and inconsistency inherent in British government policy towards Saudi Arabia, which could be characterised as two-faced. Though Raab and his predecessors – who include the current Prime Minister, Boris Johnson – warmly welcome what they see as positive reforms that have taken place domestically in the Desert Kingdom, largely at the behest of MBS, they cannot ignore the fact that some of the very violations Raab highlighted in his statement to the House are prevalent inside Saudi Arabia. Executions have actually risen over the past 12 months and what human rights lawyers would consider cruel or degrading punishments still occur.

Small wonder, therefore, that Saudi dissidents – some of whom have found safe haven in Britain – are exasperated at what they see as little real action by British governments to hold Saudi Arabia to account. If Raab lives up to his declared intention then at least the 20 Saudi nationals cited in the Foreign Office’s new list of sanctions will find their ability to travel to the United Kingdom restricted and risk having any assets here seized. Along with nationals from other Gulf States, many Saudis have property in the UK and in non-COVID-19 times often spend the summer months here. But monitoring the direct or indirect effectiveness of the sanctions could prove tricky.

The British government is proud that it has been able to demonstrate what it refers to as the country’s post-Brexit “independence” by unilaterally announcing sanctions without any need to coordinate moves with the EU27, let alone with the United Nations. But it might have found such solidarity useful. As it is, because of the juxtaposition of resumed arms sales to Saudi Arabia and the announcement of the sanctions there will doubtless be suspicions in the ranks of the opposition that behind the façade of a more human rights focused foreign policy it will probably just be business as usual.