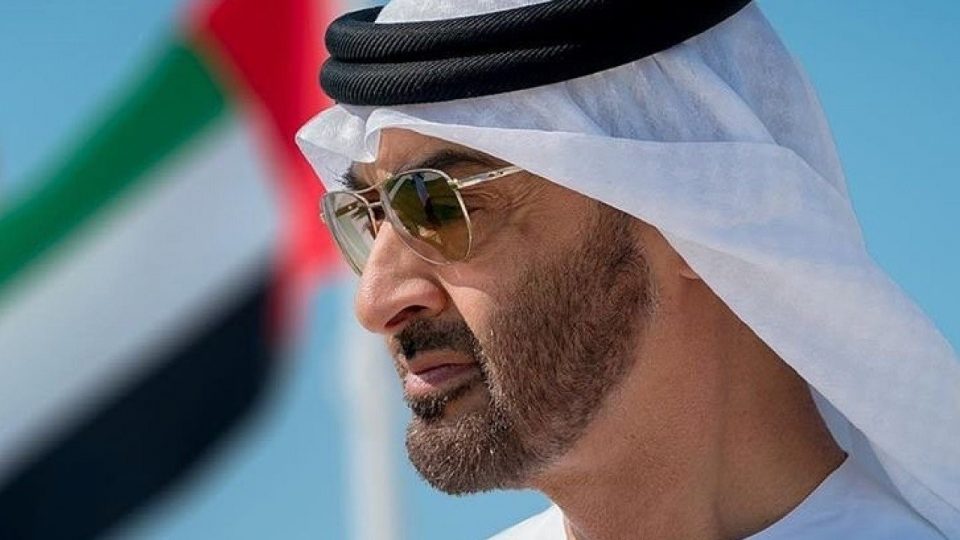 When Yair Lapid becomes this month the first Israeli foreign minister to make an official visit to the UAE, the Emirates will have come a long way from when its founder Sheikh Zayed referred to Israel as an “enemy” from which “no Arab country is safe” back in 1971.

That journey has seen a combination of great wealth accumulation – and regional shocks – propel the Emirates into a position of outsized influence around the Middle East and North Africa.

His vision of the UAE as a more engaged regional and international power now guides the Emirati approach – with major implications from Libya to the Horn of Africa, Sudan to the Gulf.

“He’s pursued an almost ‘zero tolerance’ approach,” Kristian Coates Ulrichsen, Gulf expert and fellow for the Middle East at Rice University’s Baker Institute, told Asia Times. “He wants to eliminate threats before they even begin to have an impact.”

Those threats include both radical Islamists and secular democrats, at home and abroad.

“MBZ” – as he is widely known – has, indeed, led a regional campaign to prop up the Arab world’s status quo.

Now, though, with a series of setbacks in his overseas interventions and a new, less pliable leader in the White House, MBZ is having to “repackage” that approach.

This new brand UAE is anxious to demonstrate it can be a reliable partner for a US now more concerned with human rights, the ongoing Yemen conflict, and returning to the negotiation table with Iran.

Yet, despite these changes, “I fully expect the Emiratis to remain very active regionally,” Thomas Juneau, Middle East specialist at the University of Ottawa, told Asia Times. “The UAE’s wealth is not going away, its military prowess is not going away – and its interventions aren’t going away, either.”

Gaining its independence from Britain only as recently as 1971, the first decades of the UAE saw rapid economic progress on the back of huge oil and gas wealth, mainly concentrated in the largest emirate, Abu Dhabi.

The first ruler, Sheikh Zayed bin Sultan Al Nahyan – emir of Abu Dhabi and president of the UAE – made sure that that wealth was well-distributed. However, by the time of his death in 2004, the country was already one of the world’s richest nations.

Sheikh Zayed was succeeded by Sheikh Khalifa. He, however, has been plagued by illness in recent times, leaving his designated successor, MBZ, increasingly in charge.

This was reinforced in 2008-2009, when the global financial crash badly impacted Abu Dhabi’s main rival within the UAE, Dubai. Back then, its ruler, Sheikh Mohammed, was obliged to go to Abu Dhabi for a bailout – losing him status in favor of MBZ.

Then, in 2011, the “Arab Spring” saw leading Arab nations, not least Egypt and Syria, suffer major internal turmoil, effectively removing them from the regional political map.

“MBZ felt threatened by the uprisings,” says Ulrichsen, “which spread even to the Gulf, in Bahrain, Kuwait and others. He realized that given the chance, too, the region would vote for Islamist parties, which they did, in Egypt and Tunisia.”

A series of circumstances arose, then, in which MBZ found himself in undisputed effective control of the UAE at a time when it had enormous wealth and – in countering the rise of Islamist forces and regional rebellions – a cause to champion.

Fast forward to today, the UAE is now engaged across a wide geography. “The Gulf, Arabian Sea, Gulf of Aden and Red Sea are areas of existential interest for the Emiratis,” says Juneau.

Indeed, the UAE has effectively intervened in all those areas by putting boots on the ground in Yemen.

There, the UAE joined the Saudi-led intervention in 2015 that aimed to defeat pro-Iranian Houthi rebels, who at that time threatened to take over the country. UAE troops helped push the Houthis out of southern Yemen.

In the Gulf, in 2017, the UAE joined Bahrain, Saudi Arabia and Egypt to blockade Qatar, after accusing Doha of supporting Arab Spring uprisings and the Islamist Muslim Brotherhood, in particular.

Yet, while these interventions may be of key strategic interest to the UAE, they have also led to further engagements elsewhere.

“Just as for any nation,” says Juneau, “when you increasingly project power, it is 100% inevitable you become entangled in further, local disputes.”

The UAE thus also became involved in conflicts further away from the Arabian peninsula.

This has included the Horn of Africa, where the UAE has been variously engaged in Eritrea, Sudan, Djibouti, Somalia and Somaliland.

For instance, the Emiratis have supported the forces of General Haftar in Libya against the pro-Turkish Tripoli government.

They are also now allies with Greece and Cyprus, working alongside these countries, Israel and Egypt in the Eastern Mediterranean as they counter Turkish maritime and energy claims.

“This entanglement has its costs,” adds Juneau, “both human and economic.”

Several of the UAE’s interventions have also largely failed.

“In Libya, the UAE miscalculated that Haftar could win,” says Ulrichsen, “while the Qatar blockade didn’t work and had to be abandoned. In Yemen, they realized that while they had achieved what they wanted in the south, the Saudis were getting completely bogged down in the north.”

In 2019, the Emiratis thus pulled their regular troops out of Yemen but continued to back local militias and groups with weapons, money and training.

That shows “The UAE is able to adapt and move far more effectively and nimbly than the Saudis,” says Juneau.

This was also demonstrated by the way MBZ negotiated the change of US administrations. Former President Donald Trump had largely “given a green light to the UAE to act more aggressively”, adds Juneau.

In contrast, Democratic Party President Joe Biden’s administration has signaled more of a concern with human rights – and the war in Yemen.

In this context, “Normalization with Israel was a masterstroke,” says Ulrichsen, referring to the UAE’s recognition of Israel in the dying days of the Trump administration. “No US Democrat is going to censure an Arab state that’s recognizing Israel.”

Indeed, Yair Lapid’s touch down in Abu Dhabi on June 29 will be greeted warmly in Washington – capital of what remains the UAE’s key international partner.

Meanwhile, Saudi Arabia will be left to bear the brunt of US criticism over human rights and Yemen.

“The Emiratis are very savvy and astute when it comes to US politics,” adds Ulrichsen.

The UAE has thus demonstrated its ability to maneuver rapidly on the international stage, pulling back from failures while continuing to pursue its overall strategy of containing Islamic parties and their Turkish and Qatari backers.

As for MBZ, too, “He’s now 60 years old and will likely be in place for another 20 to 25 years,” says Ulrichsen. There is much still to come then from the UAE’s crown prince and future emir.