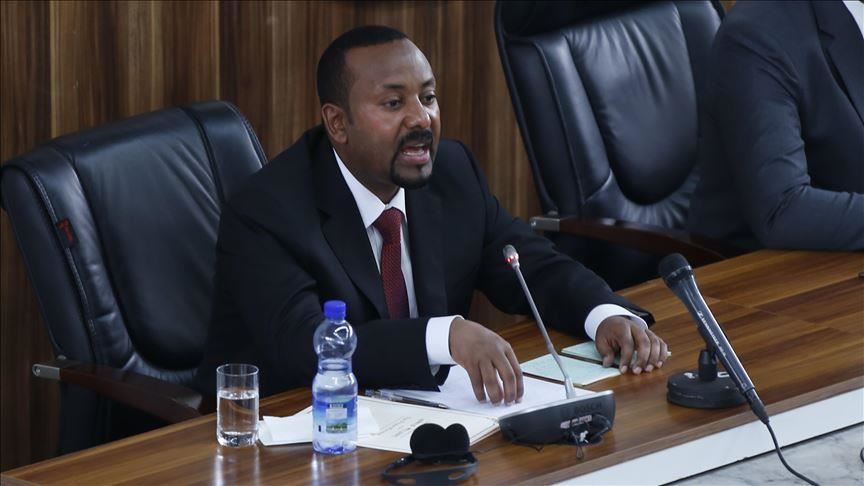 Prime Minister Abiy Ahmed says everything under control, country back to normal

The Ethiopian prime minister on Friday said violence in the country over the past three days was an attempt to instigate a civil war and that it has now been foiled.

Abiy Ahmed was speaking at a meeting with senior civil and army officials in the capital Addis Ababa, according to state-run ETV.

So far, “87 people lost their lives in the violence, including four police officers,” ETV quoted Oromia police commissioner as saying.

Abiy said instigators of the violence have been arrested thanks to security forces.

In a statement, the prime minister’s office said Abiy stressed the importance of holding accountable not only those who committed the heinous crimes but also those who are “pulling the strings.”

He called on all actors vying for power to ask themselves in what way they can lead the country if they face destruction and civil war.

Abiy said several people whom his administration gave amnesty and invited back to the country to engage peacefully are the ones that have taken up arms.

He thanked the security forces for handling the violence, and said the Ethiopian government will continue working to maintain the rule of law.

Violence erupted in the Horn of Africa country on Tuesday following the death of Ethiopian activist and artist Hachalu Hundessa.

Hundessa, 36, was shot dead by unidentified gunmen in Addis Ababa on Monday.

The Oromo-language singer and songwriter was buried Thursday under heavy police and military presence in his hometown of Ambo, about 100 kilometers (62 miles) west of the capital Addis Ababa. He is survived by his two children and wife.

Hundessa was a prominent figure in successful anti-government demonstrations that lasted for three years before Abiy, who hails from the Oromo ethnic group, came to power.

During protests that led to the downfall of the previous government in 2018, he became the voice of the Oromo people.

Oromo people are the largest ethnic group in the East African country, but have long complained of discrimination and rights violations.

Internet service remains suspended in areas across Ethiopia since Tuesday.

There have been several attempts against Ethiopia’s officials in the past months.

In June last year, Ethiopian army’s Chief of Staff Gen. Seare Mekonnen was shot dead by his own bodyguard.