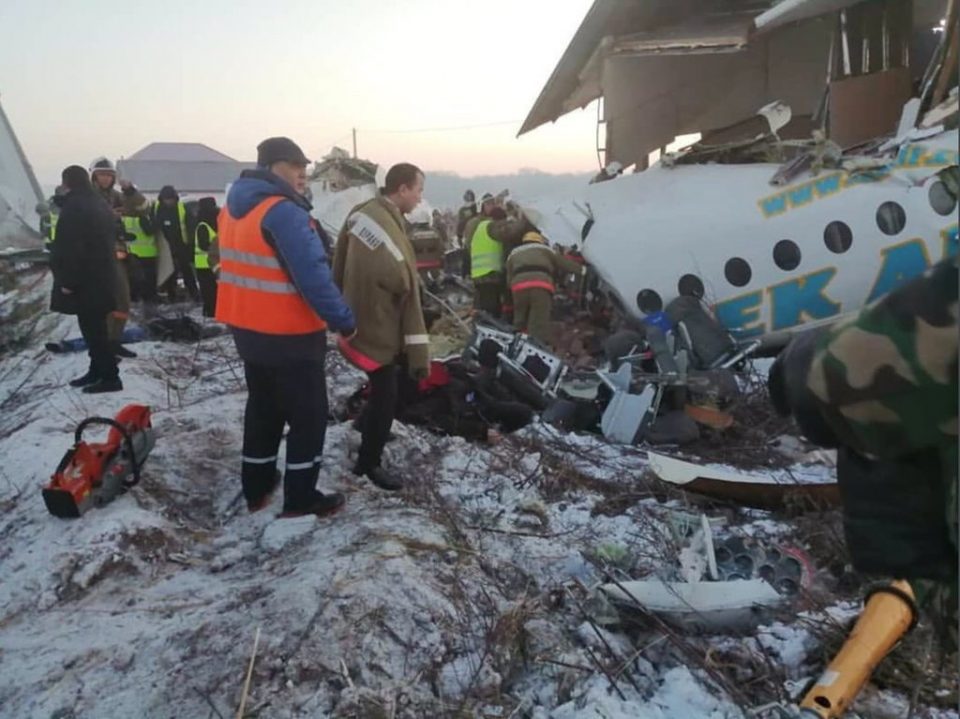 A plane with 95 passengers and five crew members on board crashed near Almaty on Friday The Bek Air aircraft went down shortly after take off.Credit…via Twitter

The airline said 100 people were on board and that some had survived.

At least seven people were killed when a Bek Air plane crashed into a building shortly after departing from Almaty Airport in Kazakhstan on Friday.

Some of the passengers survived, airport officials said in a statement. There were 95 passengers and five crew members on board

At 7:22 a.m., the plane, a Fokker 100, bound for Nur-Sultan, the Kazakhstan capital, lost altitude and crashed into a two-story building, officials said.

The cause was not immediately known.