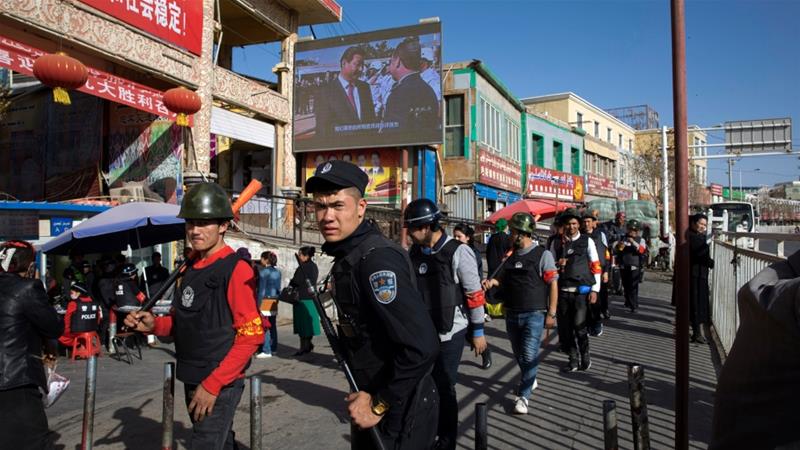 China reacted angrily after the US House of Representatives passed a bill requiring the Trump administration to toughen its response to Xinjiang, where the more than one million Muslims, mostly ethnic Uighurs, are being held in “re-education” camps.

In a statement released shortly after the Uighur Act of 2019 was passed, China’s foreign ministry on Wednesday condemned the move saying the bill “wantonly smears China’s efforts to eliminate and combat extremism”.

The United States‘s lower house voted to back the bill 407 to one in a vote on Tuesday.

It has still to be approved by the Senate before it can be sent to President Donald Trump. The White House has yet to say whether Trump would sign or veto it.

“We urge the US to immediately correct its mistake, to stop the above bill on Xinjiang from becoming law, to stop using Xinjiang as a way to interfere in China’s domestic affairs,” said the statement, attributed to the ministry’s spokeswoman, Hua Chunying. 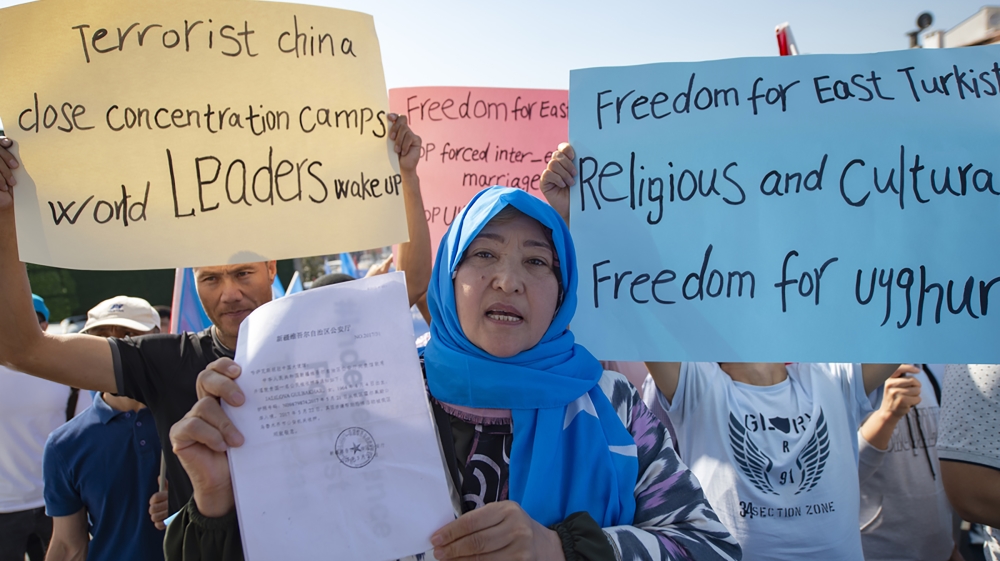 China has consistently denied any mistreatment of Uighurs and says the centres it operates in Xinjiang provide vocational training [File: Yasin Akgul/AFP]

The Uighur Act of 2019 is a stronger version of a bill that angered Beijing when it passed the Senate in September and calls on Trump to impose sanctions for the first time on a member of China’s powerful politburo, even as he attempts to reach a deal with Beijing to end a damaging trade war.

The bill requires the US president to condemn abuses against Muslims and call for the closure of the camps in the country’s far western region.

“This is seen as a continuing series of attacks really aimed not so much at freeing anybody or at human rights but at putting pressure on China on these trade negotiations going forward,” Beijing-based political analyst and government adviser Einar Tangen told Al Jazeera.

“If you look beneath that, at the Democrat view and the fact that this was bi-partisan, it seems the only thing the people in politics in Washington can agree on is that China is, somehow, an evil empire.”

Analysts say China’s reaction to any Uighur bill could be stronger, although some doubted it would go so far as imposing visa bans on the likes of Secretary of State Mike Pompeo, a strong critic of China’s Xinjiang policies who has been repeatedly denounced by Beijing.

Democratic House Leader Nancy Pelosi called China’s treatment of the Uighurs “an outrage to the collective conscience of the world.”

“America is watching,” she said.

“We cannot be silent. We must demand an end to these barbaric practices,” Smith said, adding that “Chinese officials must be held accountable for crimes against humanity.”

“We must say ‘never again’ to the cultural genocide and the atrocities suffered by Uighurs and others in China.”

Chris Johnson, a China expert at Washington’s Center for Strategic and International Studies, said passage of the bill could lead to a further blurring of lines between the trade issue and the broader deteriorating China-US relationship, which China in the past has tended to keep separate.

“I’m not sure it’s the Xinjiang issue being more sensitive than Hong Kong, I think there’s a sort of piling on factor here that the Chinese are concerned about,” Johnson said.