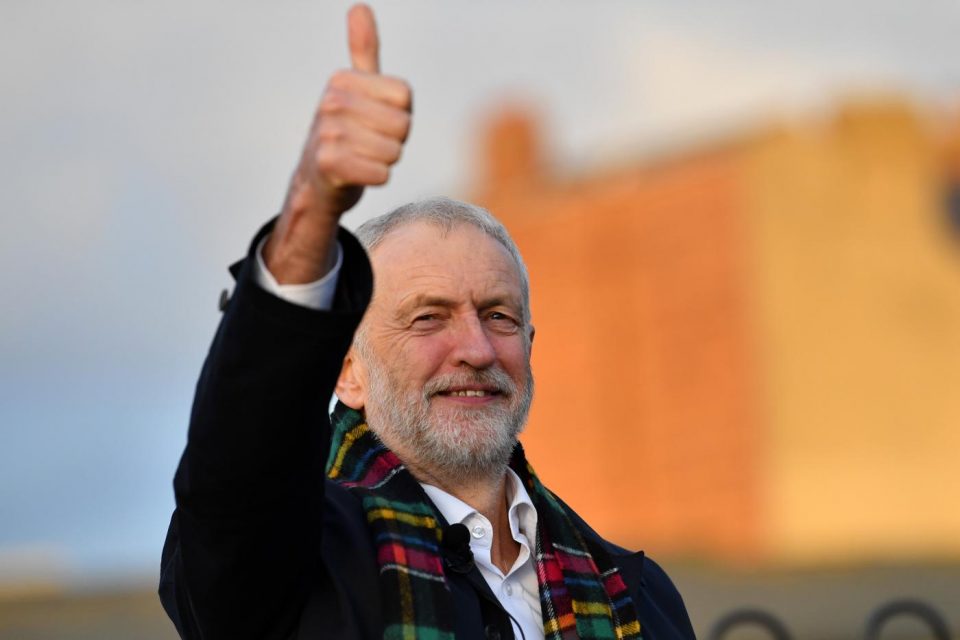 Gideon Levy
A more just Israel is the real solution, possibly the only solution, to antisemitism today. Corbyn’s Labour could help make it happen Jeremy Corbyn is our hope for a new international discourse; one hitherto unknown and untried.

In particular, Corbyn is our hope for a new discourse on Israel, the Palestinians, the occupation, and peace and justice in the Middle East. No Western leader who embraces positions on the conflict like his has ever been elected to lead a country.

I would venture to say that, since Nelson Mandela left us, few if any leaders in the Western world have taken positions like these.

Today, Britain’s Labour Party leader is evidently the only prominent statesman who understands that the time for hollow rhetoric – rather than action – about this Middle East conflict must come to an end.

As the Israeli occupation has morphed into a permanent, deeply rooted and expanding phenomenon, and since Israel does not have – and never had – any intention of ending it, the time has come when the West must move beyond hollow pronouncements, denunciations and declarations – to action.

We may be allowed to believe that Corbyn understands the portent of what is happening: that the continuation of the West’s and especially Britain’s policy – allowing the Israeli occupation and all its associated crimes to keep rolling along as if by heavenly decree, ignoring Israel’s blatant ongoing violations of international law and indifference to decisions of international institutions, and continuing to view Israel as a democracy and as a “component of the Middle East” – will bring about Israel’s transformation into the second apartheid state, after South Africa, if indeed it hasn’t happened already.

Corbyn understands that anyone who wants to stop this must adopt precisely the same determined policy adopted by the West towards the first apartheid state, South Africa. What worked vis-a-vis South Africa should also work vis-a-vis Israel. There remains no other way.

While the extremist, racist, populist right continues to vanquish country after country all over the world and in Europe especially, choosing Corbyn to head the British government could augur that the pendulum is about to change direction.

Despite the uncertain prospects, and of course nothing guarantees that Corbyn – if elected – will translate his promises into action, still he offers a ray of hope rarely available today. With so little hope visible on the horizon from Tel Aviv, the election of Corbyn would appear as a dream come true.

This Corbyn-inspired hope is the nightmare of the Israeli government and its propaganda machinery, fully integrated with the Jewish and Zionist establishment in Britain. Hence the decision was made a long time ago to do a targeted political takedown of Corbyn. As his prospects of heading the Labour Party improved, the takedown efforts naturally increased apace. How to combat Corbyn?

There is one demonstrably effective new method that has proven successful in the last few years in both Europe and the United States. The new strategy employed by Israel and the Zionist establishment is to immediately label any criticism of Israel as antisemitism.

Europe, still haunted by guilt over its past, has fallen right into the trap and surrendered unconditionally to the emotional blackmail purveyed by Israel and the Zionist establishment: laws have been passed, discourse smothered, conferences aborted, censorship brought to bear, criticism of Israel avoided.

And the head of the British Labour Party fell like ripe fruit into this new strategic trap.

A sense of justice

Now he is a branded antisemite. There have been detectable threads of antisemitism in his party, but Corbyn himself has never been the slightest bit antisemitic, not for a single moment. No statement by Corbyn – a man of strong statements – has ever so much as hinted at antisemitism.

Harsh criticism of Israel, certainly. Intensive opposition to the occupation, most assuredly. Legitimisation of those who oppose the occupation and those who fight against it, including Hezbollah and Hamas – yes, that too. Even support for BDS (Boycott, Divestment, Sanctions movement). But none of that testifies to antisemitism.

One need not agree with all his positions to understand that Corbyn has been motivated all his life by a most thoroughly developed sense of justice. British Jews, who care deeply about the future of Israel, ought to have been enthused by his positions and should support them. These positions are required to move Israel towards a better place and a more just future.

Instead, the Zionist propaganda machine put out a contract on Corbyn. British Jewry’s chief rabbi, Ephraim Mirvis, went so far as to pen an article for The Times urging people not to vote for Labour and asserting that Corbyn is unfit to be prime minister.

Rabbi Mirvis also ruled that the Jews’ fear of Corbyn is justified. A poll of British Jews found that 47 percent are considering leaving the UK if Corbyn is elected. That is not only unrealistic, it is dangerous for the Jews of Britain.

It cannot help but resurface the questions from which Jews have always run away, with good cause: are you British citizens only conditionally? Where are your loyalties? The fear that British Jews have of Corbyn is based on what they perceive as antisemitism, but the positions inspiring that fear are actually anti-Israel and above all anti-occupation. 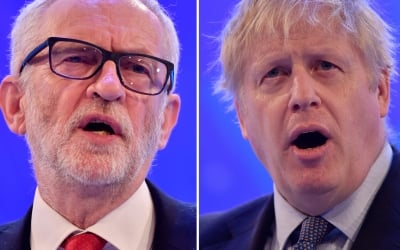 Do British Jews really believe that under a Corbyn-led Labour government, Jews will be sent to detention camps in Britain? That their liberty will be curtailed? Their livelihood damaged? Their jobs taken away from them? Certainly not. Corbyn is likely to change British policy towards Israel and apply pressure accordingly.

Could there be any better news for genuine friends of Israel and those who truly worry about its future and its moral stature? Evidently there is antisemitism in Britain, including in the Labour Party, although the dangerous antisemites are the ones in Europe’s extreme right, which is friendly with Israel.

Antisemitism must be combatted everywhere, including in the UK. But at the same time, British Jews must ask themselves truthfully and courageously about the extent to which antisemitism is being aroused by Israel’s brutal occupation policies, the murder of civilians, women and children, the siege of Gaza, the settlements and the expulsions, the Israeli apartheid.

There is currently no greater impetus to antisemitism than the policies of the state of Israel. Nothing arouses greater opposition and outrage in the world than the unceasing stream of photos and videos from Gaza and the West Bank.

“Anti-Zionism is not the same as anti-Semitism.” Here’s why conflating the two could be problematic

But facing up to this truth requires integrity and courage. It is much easier to blame antisemitism on Corbyn and his party and do everything possible to prevent them from being elected. Meanwhile Corbyn wants to put an end to precisely the Israeli policies that fuel antisemitism. And for that, he is disqualified by the Jews.

Listen – from distant Tel Aviv, to the Jews of Britain, a message: a more just Israel is the real solution, possibly the only solution, to antisemitism today. Corbyn wants a more just Israel. And alongside that is a message of hope, too: let us hope that Corbyn is elected.

It will likely be good for Britain, and it will certainly be good for Israel and for the majority of British Jews who are anxious about their fate and identify with Israel, automatically and blindly.

If I were British, whether Jewish or not, I would vote Corbyn, with great enthusiasm.

Gideon Levy
Gideon Levy is a Haaretz columnist and a member of the newspaper’s editorial board. Levy joined Haaretz in 1982, and spent four years as the newspaper’s deputy editor. He was the recipient of the Euro-Med Journalist Prize for 2008; the Leipzig Freedom Prize in 2001; the Israeli Journalists’ Union Prize in 1997; and The Association of Human Rights in Israel Award for 1996. His new book, The Punishment of Gaza, has just been published by Verso.
previous post