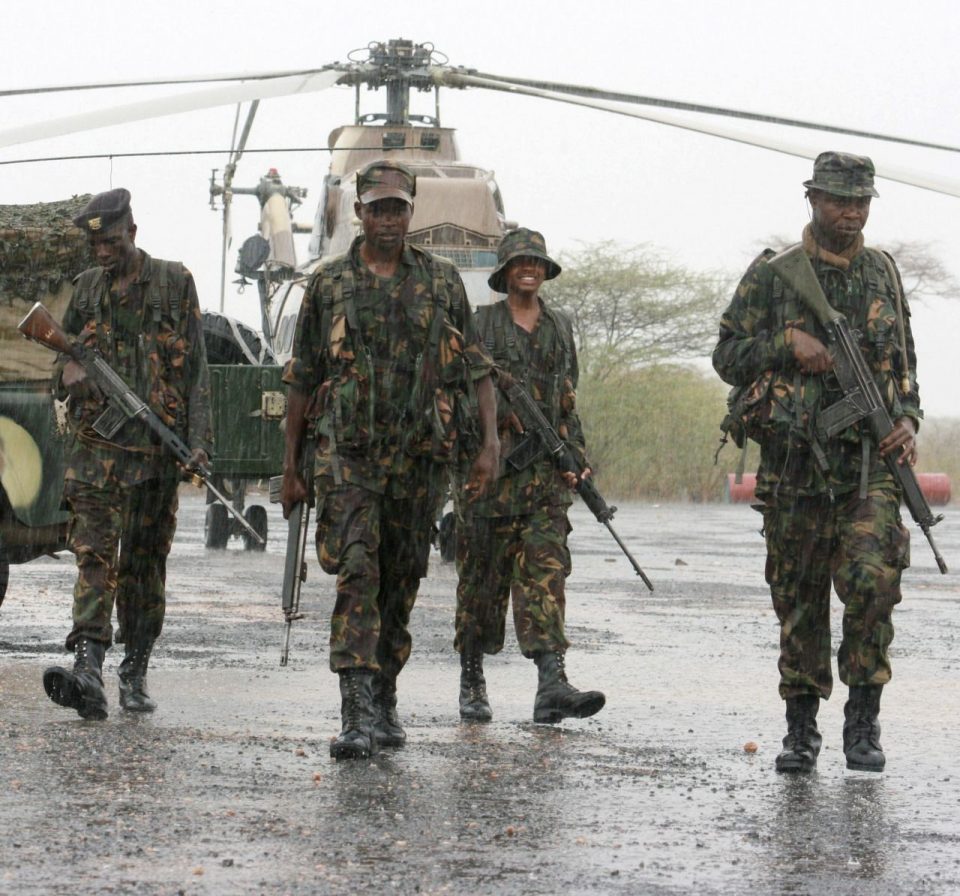 NAIROBI: Somalia’s Islamist group Al-Shabab on Sunday attacked a military base in Lamu county in Kenya that is used by both US and Kenyan forces, a source and Al-Shabab said.
“They have attacked Manda airstrip in Lamu, which is just next to the military camp that hosts military personnel from many countries including Kenya and the US. We are informed that fighting is still ongoing,” the military source told Reuters.
He said the fighters were trying to access the base from the airstrip.
Al-Shabab, an Al-Qaeda-linked Islamist insurgent group fighting to overthrow the weak, UN-backed Somali government, also put out a statement promising further updates.
“An elite group of soldiers from Harakat Al-Shabab Al Mujahideen’s ‘Martyrdom Brigade’ launched a daring dawn raid on a US naval base known as ‘Camp Simba’ in Lamu County, Kenya.
“… the base is home to hundreds of US military personnel and Kenyan soldiers and serves as one of the many launch pads for the American crusade against Islam in the region,” the Al-Shabab statement said.

When will the guns in Africa be silenced?

Putin’s Russia is not Saddam’s Iraq