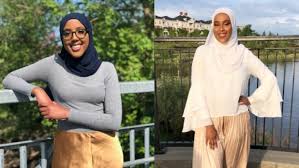 Asmaa Ali, a nurse in Edmonton, and Habon Ali, a student in Toronto, spent a week putting together the 28-page document last month.

The pair, who met online this year, said they noticed the death of Oluwatoyin Salau had sparked a conversation about sexual violence toward women of colour.

Salau, a 19-year-old Black Lives Matter activist, went missing on June 6 after tweeting about being sexually assaulted by a man. Police found her body in Tallahassee, Fla. on June 13 and have arrested a 49-year-old man, Aaron Glee Jr., in connection to her death.

Salau’s story inspired many women, including those from communities with a strong stigma against talking about the topic, to share their own stories of sexual violence.

In a Wednesday interview with CBC’s Radio Active, Asmaa Ali said creating the list was an attempt to break down some of the barriers that prevent survivors who are BIPOC (Black, Indigenous and people of colour) from accessing services.

“There’s a really well-identified gap in culturally competent sexual violence services and resources, but this gap can’t be ignored any longer,” she said.

A new document provides the right resources specifically for Black, Indigenous and women of colour victims of sexual violence. 8:55

“Whether it’s language barriers, lack of spiritual understanding or difficulty navigating the health care and justice systems we have here in Canada, it really impacts BIPOC survivors differently,” said Habon Ali, who studied health care barriers for immigrant and refugee communities as a student at the University of Toronto.

The COVID-19 pandemic has exacerbated existing health disparities between white and non-white populations, she said.

Over the coming weeks, the document’s creators plan to share their resources with non-profit organizations and advocate for more government funding for groups that provide these services.

“It’s so important that Black and Indigenous people, especially right now, get services and attention and feel that they’re being looked out for and cared for,” Asma.