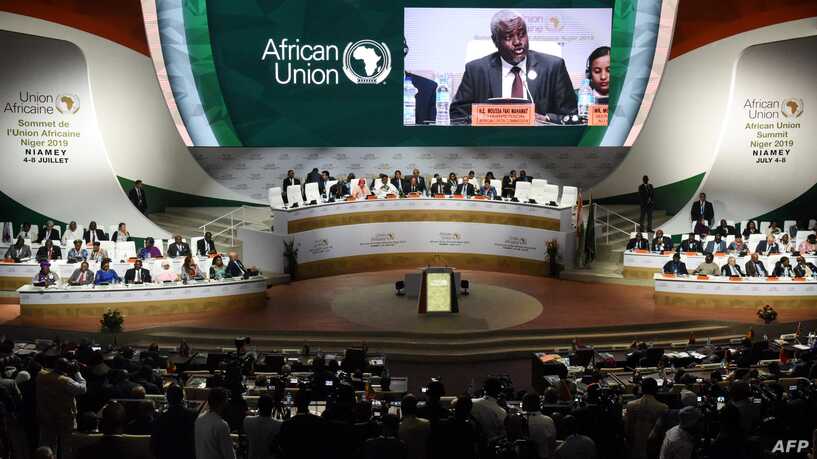 ADDIS ABABA – A spokesperson for African Union chairperson Moussa Faki Mahamat has rejected allegations that the organization is run like a “mafia-style” cartel, a term used in a leaked internal memo from AU staff accusing their boss of corruption and cronyism.

VOA has since obtained a copy of the March 6 document, which was signed by Sabelo Mbokazi, the president of the AU Staff Association. The memo, first reported in South Africa’s Mail & Guardian, gives several examples of allegedly illegal appointments of staff, and calls for the “restoration of sound administrative management and leadership.”

At a meeting on Sept. 28, 2019, staff complained about the recruitment process for the AU’s new head of human resources, Hamza Sahel. Staffers said his hiring was the “manifestation of glaring cronyism and total collapse of leadership” inside the AU.

But Ebba Kalondo, the chief spokesperson for Faki, said the AU chairman and new human resources chief have “no direct relationship.”

She encouraged Sabelo to come forward and substantiate his allegations.

“They’re obviously very serious allegations,” Kalondo said. “[On] Mr. Sabelo, it’s regrettable of course that he wanted to speak to the entire staff complement about this when he has direct access to the chairperson to be able to make these allegations. But, seeing that he wanted to be able to communicate in this way, we certainly hope that he will be able to give us or at least share some of the proof of these extremely serious allegations of which of course everybody wants to get to the bottom of.”

The allegations come during a period when many staff inside the AU are threatened with losing their jobs as the institution goes through deep structural reforms started under the Rwandan presidency in 2018.

Faki, a Chadian politician, is currently in Brazzaville, Republic of Congo, to hold talks with African heads of state over the ongoing crisis in Libya. A spokeswoman said when Faki returns, he will respond to Sabelo internally about each point raised in the memo.