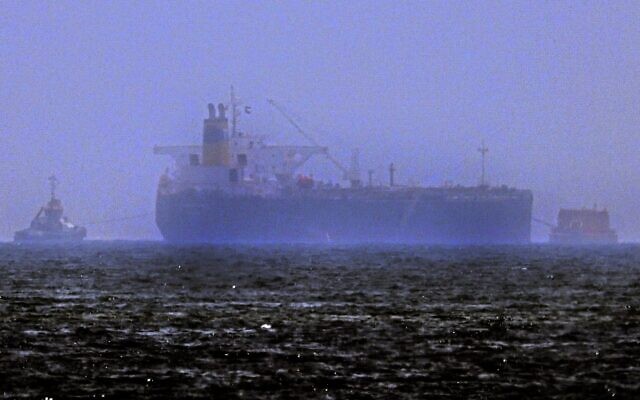 It wasn’t immediately clear what was happening off the coast of Fujairah in the Gulf of Oman.

The vessels — oil tankers called Queen Ematha, the Golden Brilliant, Jag Pooja and Abyss — announced around the same time via their Automatic Identification System trackers that they were “not under command,” according to MarineTraffic.com. That typically means a vessel has lost power and can no longer steer.

The British military’s United Kingdom Maritime Trade Operations only warned ships that “an incident is currently underway,” without elaborating. An Oman Royal Air Force Airbus C-295MPA, a maritime patrol aircraft, was flying over the area where the ships were, according to data from FlightRadar24.com.

The event comes just days after a drone struck an oil tanker linked to an Israeli billionaire off the coast of Oman, killing two crew members. The West blamed Iran for the attack, which marked the first known assault to have killed civilians in the yearslong shadow war targeting commercial vessels in the region.

Iran denied playing any role in the incident, though Tehran and its allied militias have used similar “suicide” drones in attacks previously.

Israel, the United States and United Kingdom vowed a “collective response” to the attack, without elaborating.