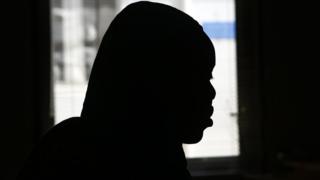 Speaking to Horncable tv, The father of the victim, Harir Rageh said his eldest daughter was raped repeatedly by many.

“I was blind, her mother was mentally ill! We were poor and alone. I could not feed or look after my three children so I took them to Hargeisa orphanage centre. I thought they would be safe and looked after there but my eldest daughter was raped repeatedly by many, left pregnant, forced to attempt to abort the child and to marry one of her rapists.”Said Harir rageh

Continuing, Rageh added The orphanage’s management has refused to meet his daughter

“I was never informed and the case was never reported to the authorities for months. The last time I went to visit I did not see my other younger daughter there. She is also now at risk. Now the orphanage management has refused to let me see my daughter or take all my children out of the orphanage as it is not a safe place as I thought because I spoke out. My children are better poor by my side then abused by others. Allah will provide for us. I wish I thought like this before but I was completely blind but now after I have been supported with eye surgery I can see the reality” said Harir rageh

Meanwhile, The Criminal Investigation Department (CID) said investigations are on and arrested five young men who allegedly rape against a 13-year-old girl in Hargeisa.